Research into the spread of cocoa swollen shoot virus disease 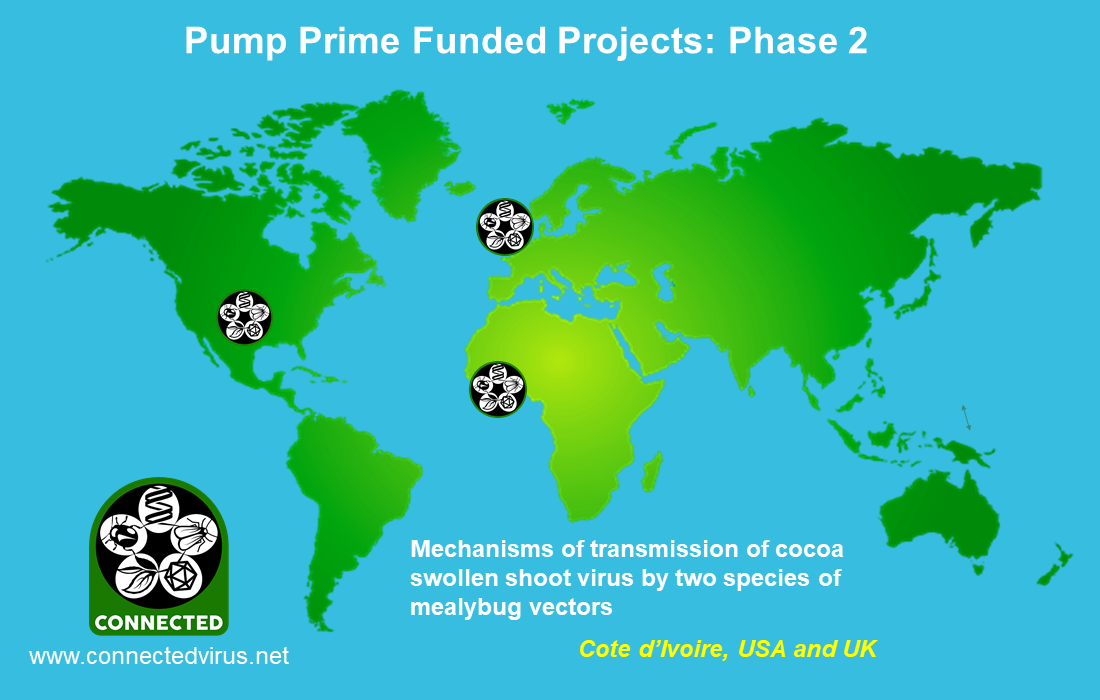 A project studying how cocoa swollen shoot virus disease is spread by mealybugs, and how its spread can be managed and forecast

Cocoa swollen shoot disease has caused great economic damage in several West African countries, placing a huge constraint on cocoa production. It is caused by the cocoa swollen shoot virus (CSSV) , which is transmitted by a number of different mealybug species.

Research has shown there are also several species of the virus. But the lack of data-driven understanding about specific interactions between virus and vector makes it difficult to predict outbreaks, or to identify the most vulnerable cocoa production areas.

This project is studying the characteristics of CSSV transmission by two species of mealybugs – comparing their ability to retain and transmit the virus in controlled conditions. It is also assessing the ability of the two insect species to discriminate between healthy and infected cocoa plant material.

The results will provide a first insight into species-dependent effectiveness of mealybugs as vectors, and how their behaviour contributes to the spread of the disease.