Home > What We Do > Research > Which insects transmit cassava viruses? A pump-prime funded project

This article is one in a series outlining the 20 research projects which are funded by CONNECTED in its pump-prime funding programme. To read all the available articles, use this link 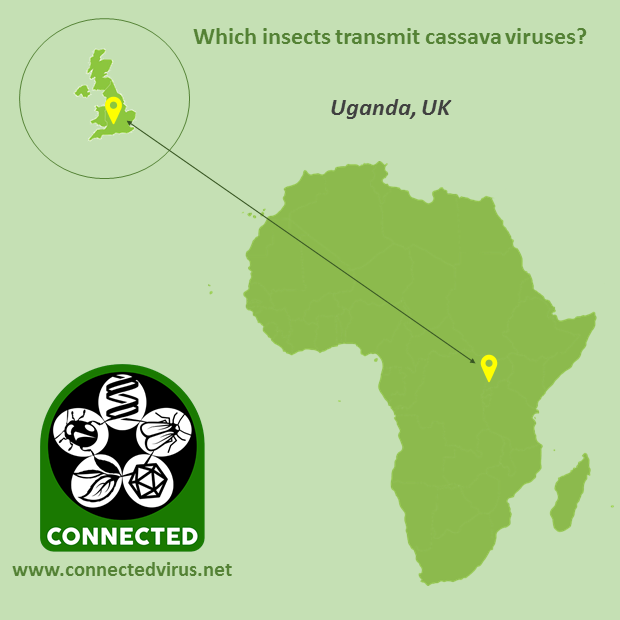 Recent research has raised the possibility that CBSVs may also be transmitted by aphids. So this project aims to investigate further:

These experiments will provide insights into which insect vector transmits CBSVs, providing information to help manage and survey CBSD, which may need to include aphids as well as whiteflies. It will also shed light on currently unknown CBSV genome sequences involved with insect transmission.