This is the third time that CONNECTED has worked with students from the Bristol School of Animation at the University of the West of England. We have thoroughly enjoyed the process and wanted to let you know more about what is involved. Sam Maxwell, creator of our most recent animation, describes the process. 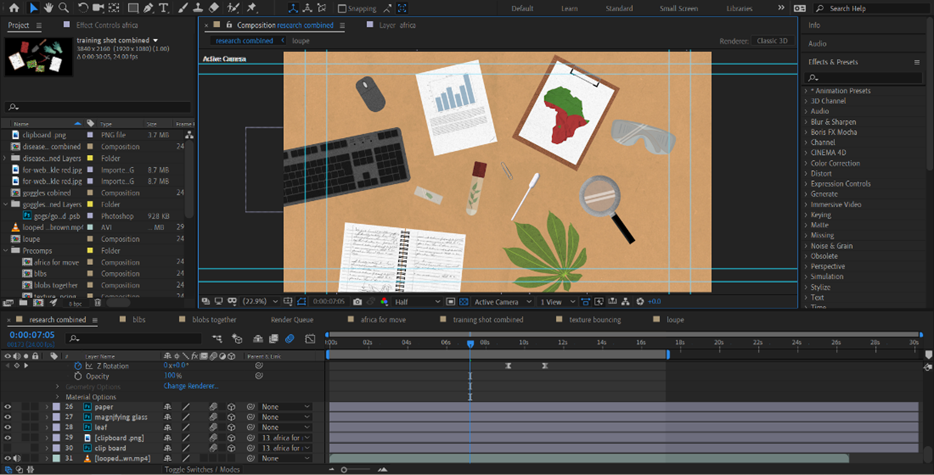 The CONNECTED Network team brought a great presentation to the UWE animation live brief meeting in February 2021. Building on their previous videos, they wanted to sum up the achievements of the network so far and their plans for the future. I was immediately interested and knew I wanted to pitch for the project.

Pitching
I started by roughing up some character designs and look tests that would give CONNECTED an idea of what the final film could look like. Initially, I went for a paper cut-out style and was very focused on using authentic textures and materials in the animation. For research I looked at various animation artists that make use of this technique such as Terry Gilliam and Emma Lazenby; my plan was to recreate this style in Adobe After Effects. 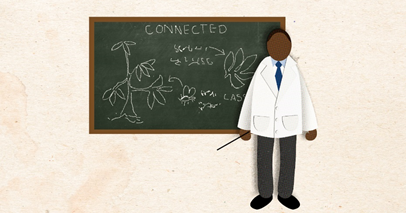 I enlisted the help of fellow student Freddy Moorsehead to assist on the making of a rough storyboard and animatic (a preliminary version of a film, produced by shooting successive sections of a storyboard and adding a soundtrack.)

These materials secured me the commission and I was really excited to get going on the project.

Design
In the following weeks I went back and forth with CONNECTED going through different animatic iterations, style changes and concepts, eventually moving on to creating my final characters and assets (template images) for the film.

For this I drew up my ideas in my sketchbook and used Adobe Photoshop to realise them. The characters in the film went through a lot of changes. Initially, I wanted to retain the paper cut-out style I had pitched to CONNECTED. However, through discussion this soon evolved into a cleaner and more accessible style which I think was a positive change. 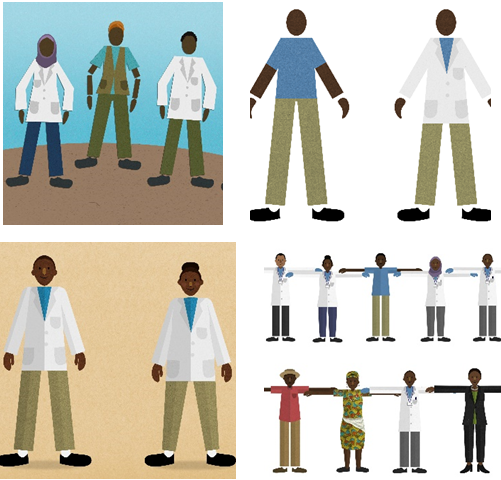 My completed designs covered a cast of nine characters, this included a range of six scientists and researchers, a farmer, citizen, and policy maker. After this design and creation stage, the characters were all then individually ‘rigged’ with a bone structure to allow for animated movement of their bodies.

Sound
After the script was finalised and animatic made, we needed to get the film’s voiceover recorded so the animation could be correctly timed out against the script. Both I and the CONNECTED team really liked the performance given by Pereko Magothi in last year’s animation. Being from South Africa, Pereko felt like the obvious choice for voiceover to keep the film more closely tied to the work CONNECTED do. We also discussed if additional sound was needed for the film, for example a musical soundtrack or sound effects. I experimented with both, however we ultimately decided on the use of just a subtle sound effect track as music could have detracted from the message.

Animation
Animating the film took about a month. I would first create my assets for the shot in Photoshop, for example a magnifying glass or a cassava leaf and bring these into After Effects for animation. After the completion of a sequence of a few linked shots, I would send this over to the CONNECTED team for approval and move on to the next scene.

Whenever one of my characters was needed in a shot, I would drag them in as a rigged puppet and have them interact with the objects in my scene. Having reusable assets like this really sped up production process and allowed me to create new ideas and compositions on the fly. This would not be possible in a medium like frame-by-frame animation, where each new frame of the video is hand drawn by the animator.

I am happy with the resulting film, and the CONNECTED team were incredibly helpful and supportive throughout the process. The experience was a great introduction to working with clients and managing time and resources; something I had not done before. I really look forward to taking on similar briefs in the future.

The animation can be viewed here.